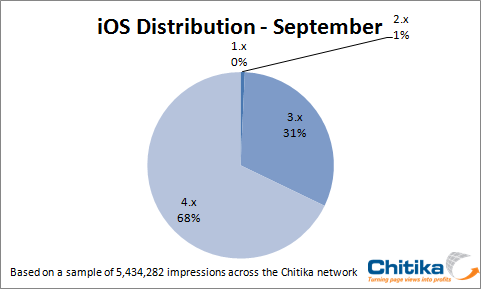 Released on June 21st, iOS 4 is the newest operating system for the iPhone.  In July, one month after its release, it was already powering 50% of all iPhones.  Now, based on traffic data from online ad network Chitika, it accounts for 68% of the iPhone market.

For comparison’s sake, here’s how the Android OS distribution looks so far in September: 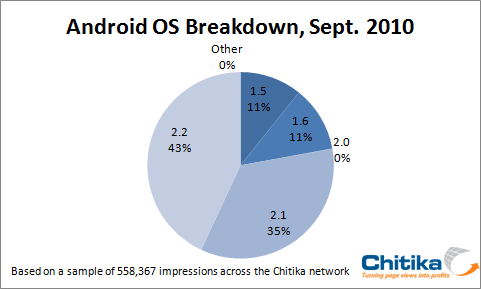 Sign up for Poll the People and get instant feedback on your website colors from real people! Our easy-to-use tool makes it quick and easy to get the opinions of your target audience, so you can make the best choices for your business. Try it for free today!

96% Of Publishers Not Monetizing Mobile Traffic… Yet