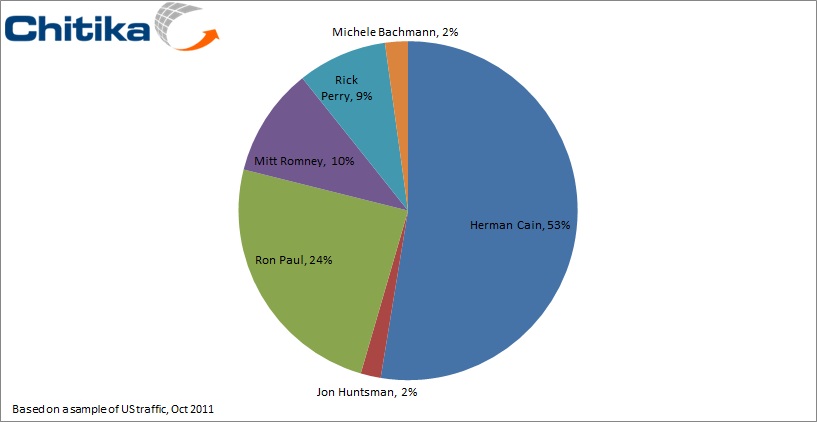 At the time, the former Godfather Pizza CEO Herman Cain was a relative unknown and garnered only around 2% of the search traffic. Since Cain surprised the political world with his win of the Florida straw poll his momentum has been unabated, and is now tied with Mitt Romney for the lead on realclearpolitics.com.

Chitika Insights decided to take a look at the momentum gained by Cain over the past month. As expected, his search traffic share has spiked, but surprisingly, he managed to gain a majority share at 53%:

Also of note was Gabe Donnini’s analysis, which showed the popular Sarah Palin taking the top spot in search traffic share over all the candidates combined by a 2 to 1 ratio. Now, Herman Cain trumps Sarah Palin’s traffic share by almost the same substantial ratio: 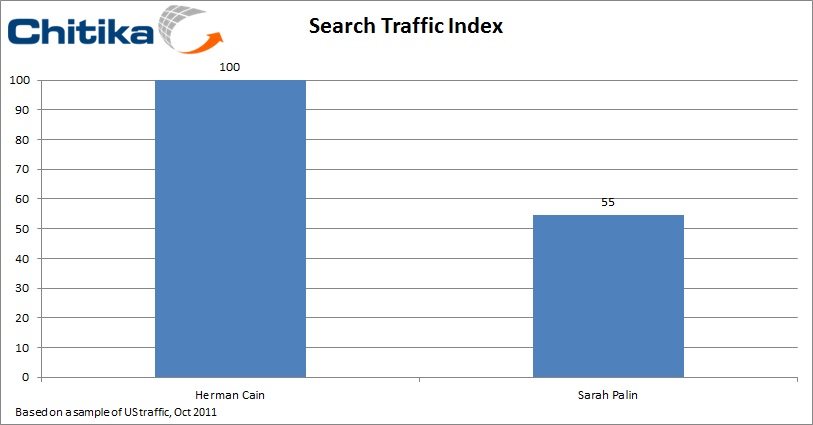 This poses the question: Will Cain continue his monumental surge all the way to the Republican nomination? Chitika Insights will continue to monitor this interesting and ever changing race, all the way until the nomination is set.

Is Bing Winging on Internet Explorer?